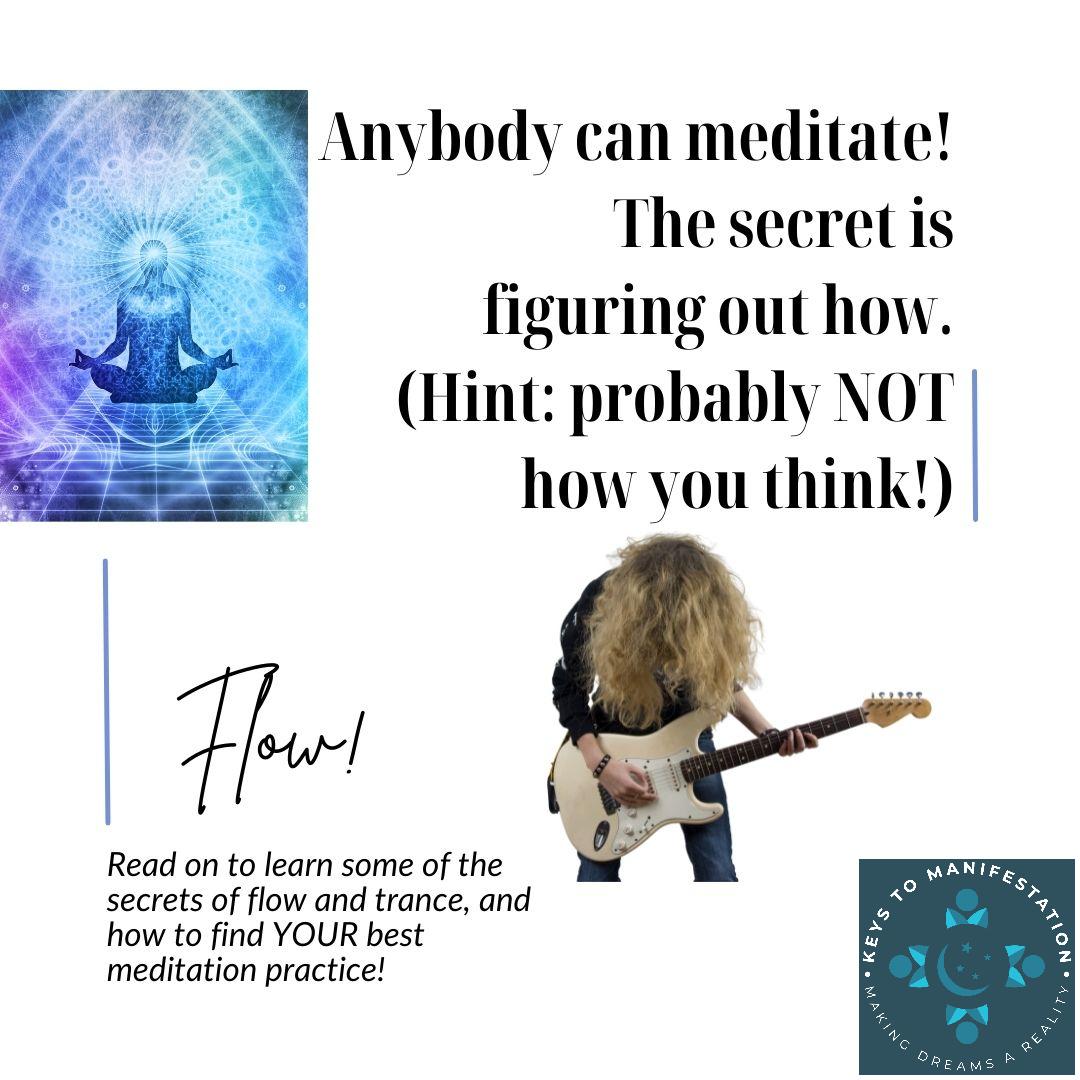 Meditation. Mindfulness. Quieting the inner mind. Although meditation in various forms has always been a part of every spiritual tradition, it has become a self-help buzzword the past few decades. There are probably thousands of books out there, along with many, many apps like Calm, Insight, and more. There are YouTube videos offering soothing scenes with ambient background music, or fractal kaleidoscopes with binaural beats. Even virtual reality is getting in on the game now, with the Maloka app offering a gamification of building a daily practice.

I’ll admit, I’m pretty partial to the new Maloka app myself. I love how my island looks like Pandora at night, being able to tickle my Spirit, going around every time I log in and touching my plants to see them grow. But if there is one thing I have learned in my decades within the pagan community, it is this:

THERE IS NO ONE TRUE ANSWER TO ANYTHING THAT WORKS FOR EVERYBODY.

I have my own quirks, even though I like some of the mainstream stuff. Knitting is one of my favorite meditations. The rhythm of the stitches is soothing, and when I combine it with a more complicated pattern like lacework, beading, or colorwork, I easily sink into a flow state. I can get some of the same benefits from cross-stitching. I used to be a runner, too, and there is definitely a soothing quality to hitting the pavement, listening to music with a steady, almost shamanic beat and synchronizing my footfalls to the beats, breathing in rhythm, watching the trees go by and looking for deer and ducks and herons along the way.

It’s here that I think the true purpose of meditation can be found, and if you look, you can find a “meditation” style that works for you, even if it doesn’t work for anybody else (although I doubt that). Bear with me while I explain a little background.

Our brain activity comes in a variety of flavors that we can measure by the frequency and amplitude of the electromagnetic waves it produces. These are what can be seen and measured by an EEG, for example. Brain waves are categorized by scientists into five types:

What we call “flow” in productivity circles or “trance” in spiritual circles comes with brainwaves that hover around the boundary between Alpha and Theta waves. You may be unfamiliar with the term “flow” state, but you have almost certainly experienced it. Have you ever gotten happily lost in a task, losing track of time and barely aware of your surroundings? That’s flow! It’s the best brain mode for getting things done efficiently…and I believe it is this mode of brain waves that we want to produce during meditation practice. By practicing regularly, we can train our brains to enter this state more and more easily. Over time, this leads to an improved ability to control our conscious brain waves, making it easier to avoid flying inadvertently into a harmful Beta state of anxiety and stress. Some research indicates that it even improves our physical body, with touted benefits running from boosted immunity and metabolism to improved cancer survival rates.

How do we get to this place? If you are somebody for whom the mainstream methods of meditation don’t work, you may have felt like it was an impossible task. I promise you that it’s not!

Start by looking at your life. When have you experienced flow? What were you doing? Was it the specific task, or the atmosphere surrounding you? What makes you smile at the world? When do you find yourself humming a favorite tune? What sounds or smells bring you back to a beautiful memory? Use your answers to these questions to start building your own unique meditation practice. Here are some possibilities:

Notice I don’t tell you what kind of music to use (other than wordless), or specifically what kind of activity. The point here is not to get you to follow some unfamiliar path with an activity that doesn’t speak to you; it’s to figure out what works FOR YOU. I hereby give you permission to make a daily date with yourself to do WHATEVER brings you into flow state, no matter how weird or boring or abnormal you think it is. Work your way up to 30 minutes a day, and check in here after a few weeks. How has your life changed? How do you think differently?