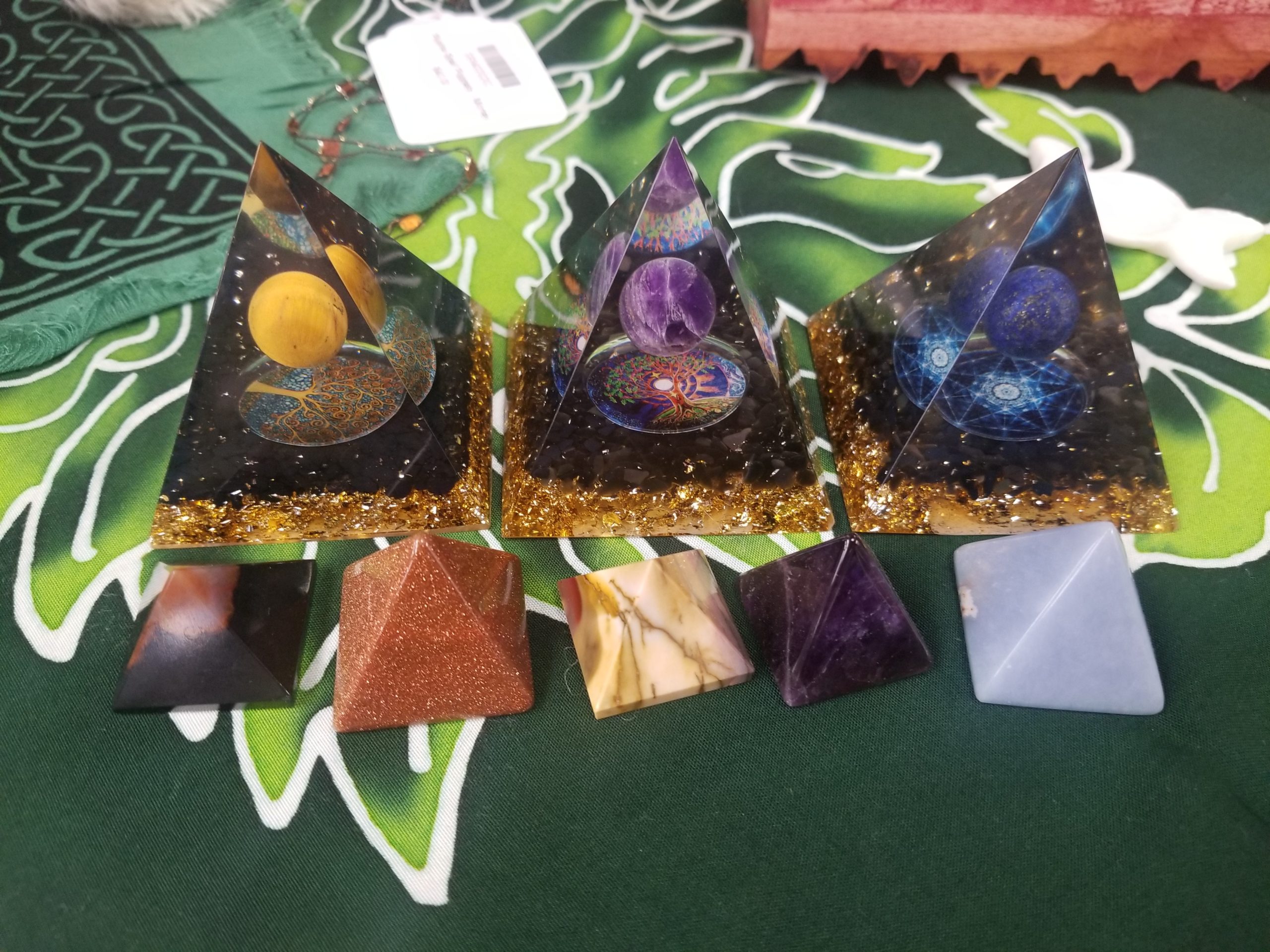 By Elayne GlantzbergOctober 3, 2021No Comments

Pyramids have been a part of human culture since the dawn of civilization.  Although the most common form of pyramid built in ancient times started with a square foundation, yielding four triangular sides and a square base, pyramids can be made with any shape at the base. A triangular base yields a unique structure that can be formed by taking a flat triangle and then raising it through 3-dimensional space, making it an excellent representation of the number 3. The more common four-sided pyramids can be correlated to the four quarters, directions, or elements, depending upon your magickal tradition.

The Egyptian pyramids at Giza, built with limestone on a square base with smoothly-sloping sides, are the most famous ancient pyramidal monuments. Many others can be found around the world. The oldest were built by the Mesopotamians as far back as 6,000 years ago. Known as ziggurats, these were made from mud bricks and did not weather well over the millennia, but they were originally coated in bright gold and bronze paints and were likely brilliant and visible for miles around. Other ancient pyramids can be found in China, the Americas, and even Europe, each one carrying spiritual significance for its culture.

The Witches’ Pyramid is a teaching tool designed to emphasize four important steps that are necessary for effective magic and manifestation.  When building a physical pyramid, leaving out the stones that make up any of the faces will cause the entire structure to become unstable and collapse. Likewise, neglecting to pay attention to all the faces of the Witches’ Pyramid can cause your magic to be weaker or even to rebound upon you in unexpected and potentially negative ways. To Know, To Will, To Dare, and To Keep Silent are important components of effective witchcraft.

The directed energy of a crystal pyramid takes advantage of the geometric and esoteric associations and combines them with the energy of a specific crystal or crystals to create a powerful magickal tool. Some crystal pyramids can be aids to meditation, while others can be used for energetic healing work or focused and directed spell-casting. You can set them up in grids to align and combine their energies, or you can use them as a focus for affirmation work. The possibilities are limitless!