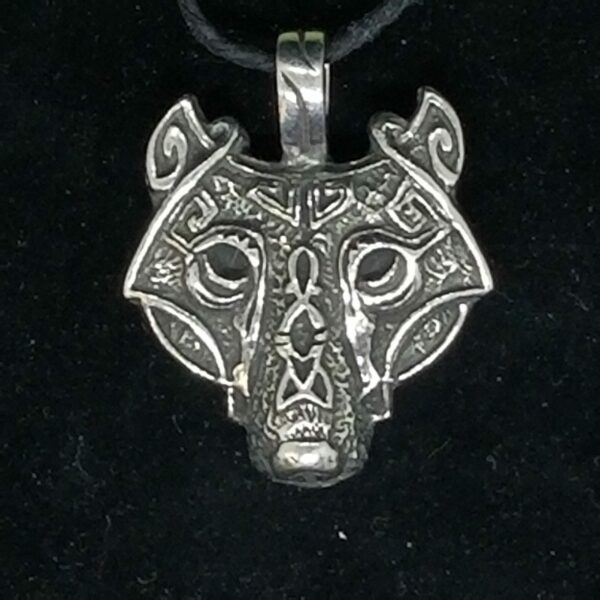 The Vikings were warriors who fought and traveled in groups, following their War Chieftain. They saw a counterpart of their own way of living in the ways of their brother-nation, the Wolves. This animal is as social as people, and just as protective of their family. Wolves live in all climates, just as the Vikings spread to all countries within their ken. The wolf howling at the moon, seems to conjure the same primal powers and energies that the Vikings called upon in their religion, ceremonies, and old stories.

Be the first to review “Wolf’s Head Necklace” Cancel reply