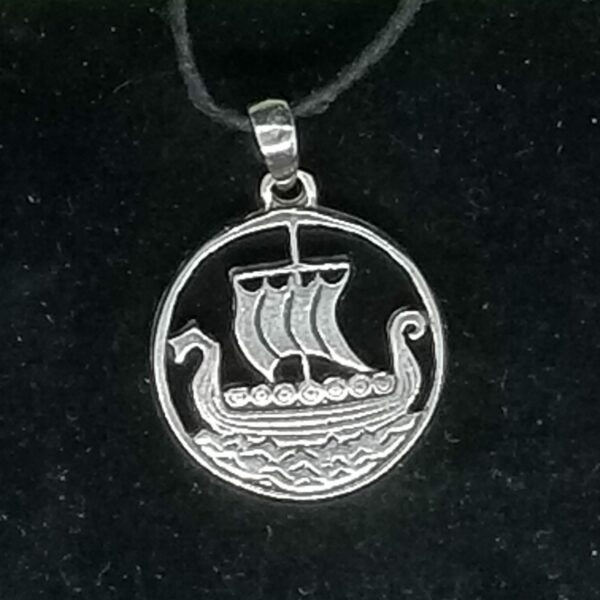 The Viking Ship was the most powerful and advanced vessel in Viking Age Europe. They were characterized as being slender and flexible boats, with symmetrical ends with true keel. They were clinker built, which is the overlapping of planks riveted together and had a shallow draft hull designed for speed and navigation in shallow waters which permitted beach landings. Some had a dragon’s head or other circular object protruding from the bow and stern, for design. They were used not just for their military prowess but also for long-disance trade, exploration and colonization. In fact, because of their importance, ships became a mainstay of the Viking pagan religion and evolved into symbols of power and prowess. Respectable Viking chieftains and noblemen were commonly buried with an intact, luxurious ship to transport them to the after life.

Be the first to review “Viking Ship Necklace” Cancel reply