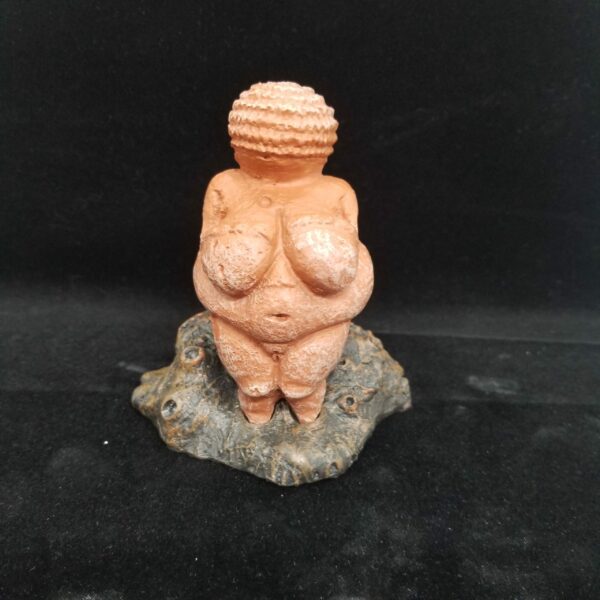 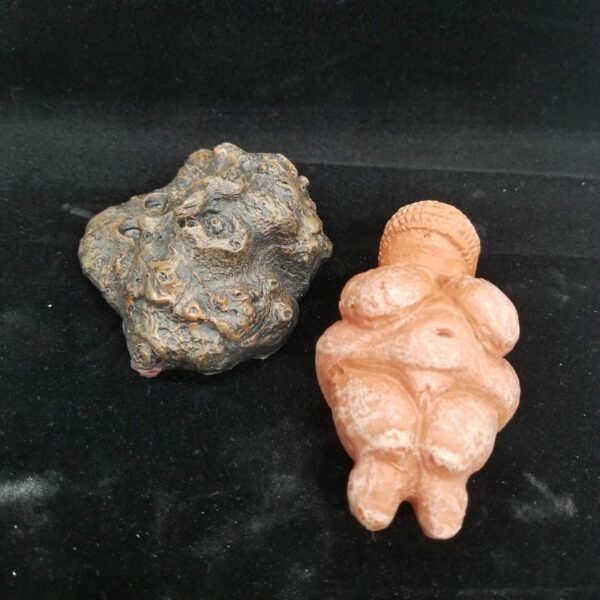 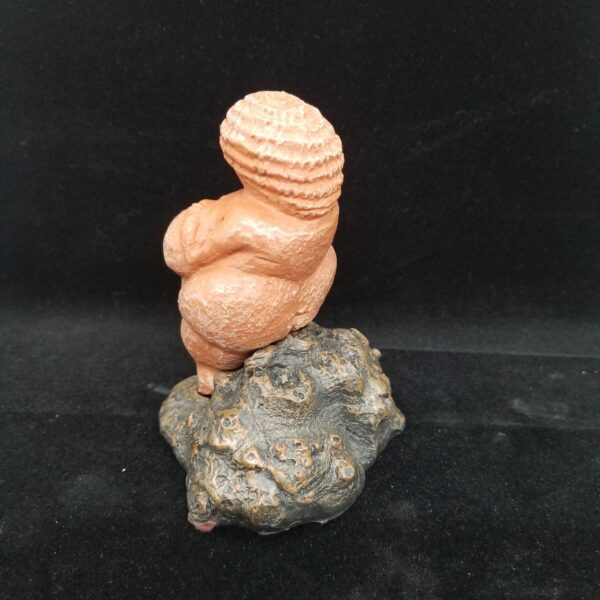 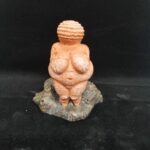 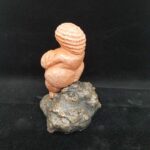 Statue comes with a stand.

Historical Description by the Artist:

This figurine is one of the oldest and most famous of the so-called Paleolithic Venus images. She was found in Willendorf, Austria, and is 4 inches tall, of carved limestone tinted with red ocre. The most common dates given to the Willendorf figure run from 25,000 to 30,000 BCE. She is a product of Upper Paleolithic Cro-Magnon hunter-gatherers. Visual arts appeared with this Ice Age culture, who developed the characteristic sculptures of female figurines in bone, ivory, clay, and stone.

As the concepts of the earliest humans were developing, the quest for the ultimate source of Life may very well have begun. Birth is an obvious sort of origin point. Primitive accounts of ancestry are reckoned through the female line, so a concept of the source of all human life may have been formulated by the clan’s image of their most ancient female ancestor. That image became deified as the Divine Ancestress the Clan Mother. This inner vision of Holy Motherhood was externalized in the form of these figurines.

Her sumptuous figure may have become a symbol of the bounty of Nature, which provides a surplus of food for the whole tribe. Her overflowing breasts were the first food of all humanity: Our Lady of Abundance. This dramatic portrayal of the female power to provide and procreate entered the archetypal realm, becoming equated with the Earth and all of Nature. Thus the religion of the Great Mother was born. In millennia to come She would be known by many names and loved in many aspects. She would be known as Ama, Dea, Mami, Rhea, Devi, Hertha, and as Gaea our planetary Goddess.

The figurines themselves probably had a number of uses. Their pointed feet could be stuck in the ground. Some figures may have been worn around the necks as fertility charms. The tactile quality and size suggest that they could be held in the hand during meditation or ritual. Finally, as some were found in graves, they may have served as surrogate mothers for the deceased, symbolizing the hope of rebirth through the body of the Great Mother.

Be the first to review “Venus of Willendorf” Cancel reply