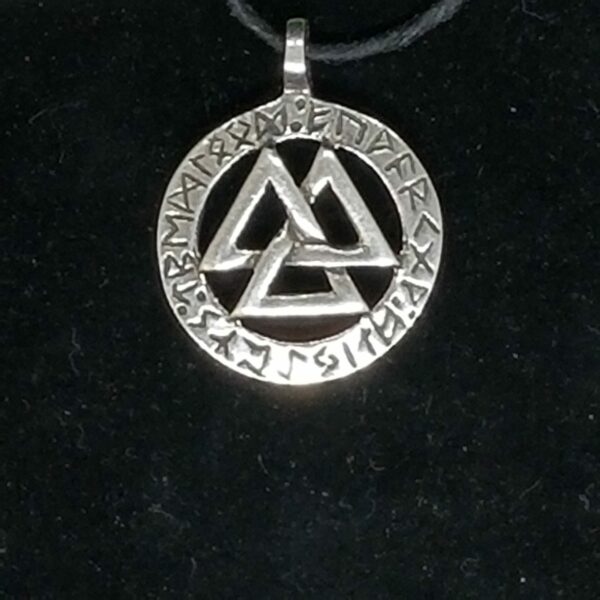 This Viking symbol is called “The Heart of Hrungnir.” Hrungnir is a legendary giant whose story is told in the Eddas, the old Norse epic. It is also called the Valknut, or “knot of the slain.” Found on funeral carvings, it signified the afterlife: Valhalla, the final resting place for warriors who die in battle for their people, or for Odin, the King of the afterlife realm. Its three interlocking shapes suggest Life, Death, and Rebirth. The nine points stand for the Nine Worlds (and the nine fates) of Norse myth. Their interwoven shape echoes the interrelatedness of the three realms of the earth, underworld, and the heavens. Each realm contributes to the others, and is a part of its subtle yet essential fabric — the woven tapestry of all existence. The Valknut is also an important symbol to many followers of the Asatru faith. Asatru is the old religion of the Nordic countries; existing log before Christianity, and continuing to the present day.

Be the first to review “Valknut Necklace” Cancel reply