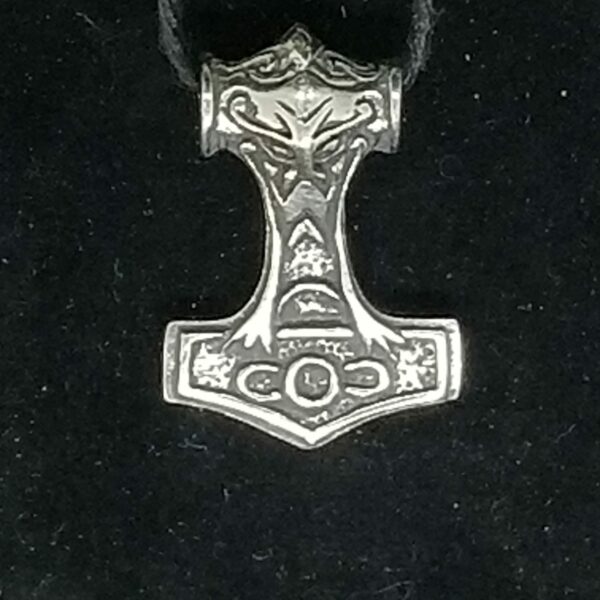 The Norse God of Thunder Thor carried, as his chosen weapon, the Hammer named Mjollnir. That hammer’s blows were believed to be the cause of lightning. It was said to be powerful enough to crack mountains and would always return to Thor’s hand after being thrown. Thor’s Hammer is a symbol of a warrior’s power; although Thor himself was known, not for his power, but for his ability to take pain without complaint, and for his strength and generosity.

Be the first to review “Thor’s Hammer Necklace” Cancel reply