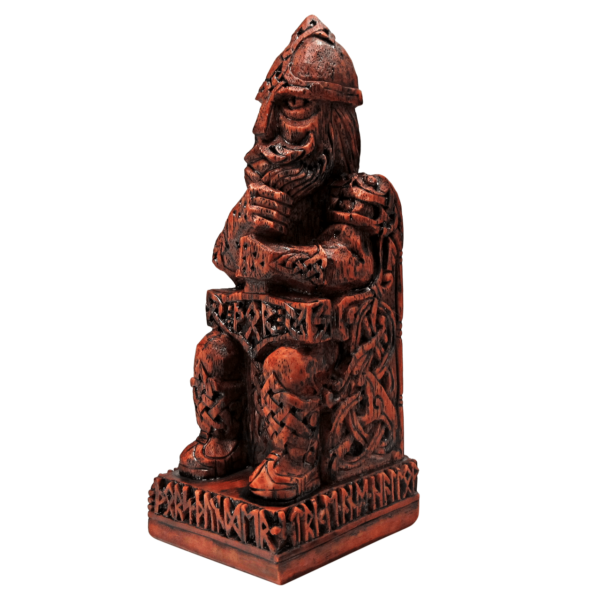 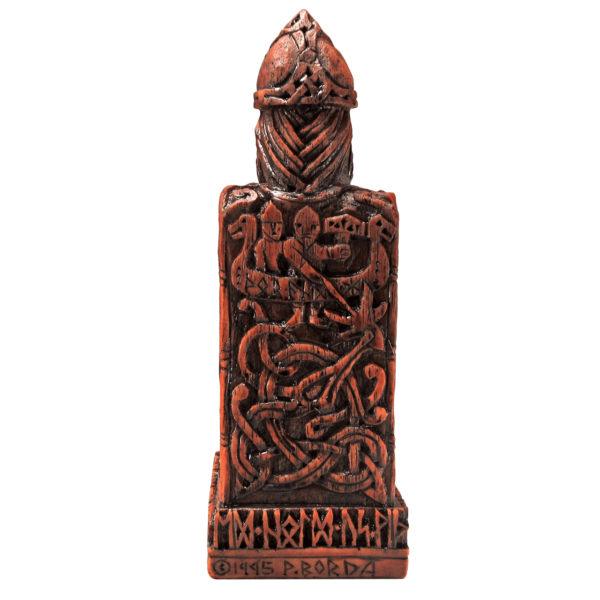 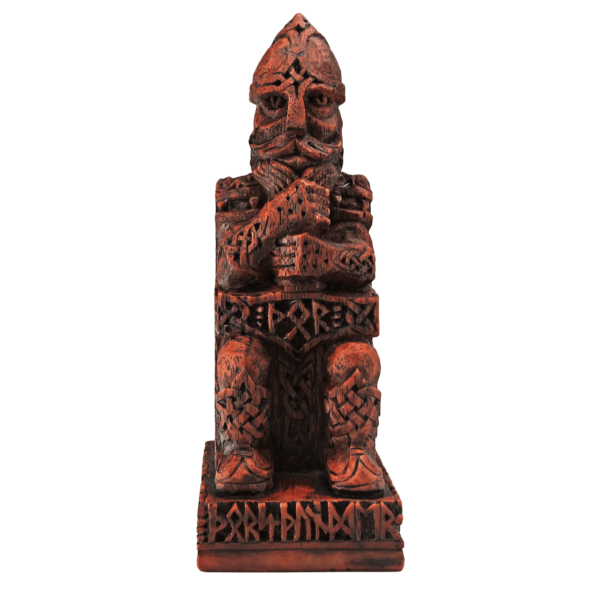 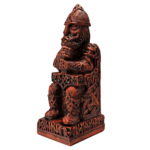 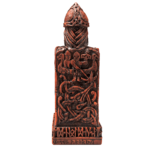 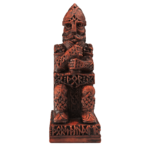 The Norse god Thor created thunder by striking his great hammer, named Mjollner.  He protects the house of the Gods and humankind.  The runes around the base are an invocation of Thor’s protection: “Thor’s thunder strike and hallowed hold us with Mjollner’s might.”

The scene on the back depicts a battle between Thor and Ior, the World Serpent.  An ox head was used as bait.  The struggle became so intense that Thor’s feet crashed through the bottom of the boat and he used the seabed for support.

Be the first to review “Thor Statue” Cancel reply