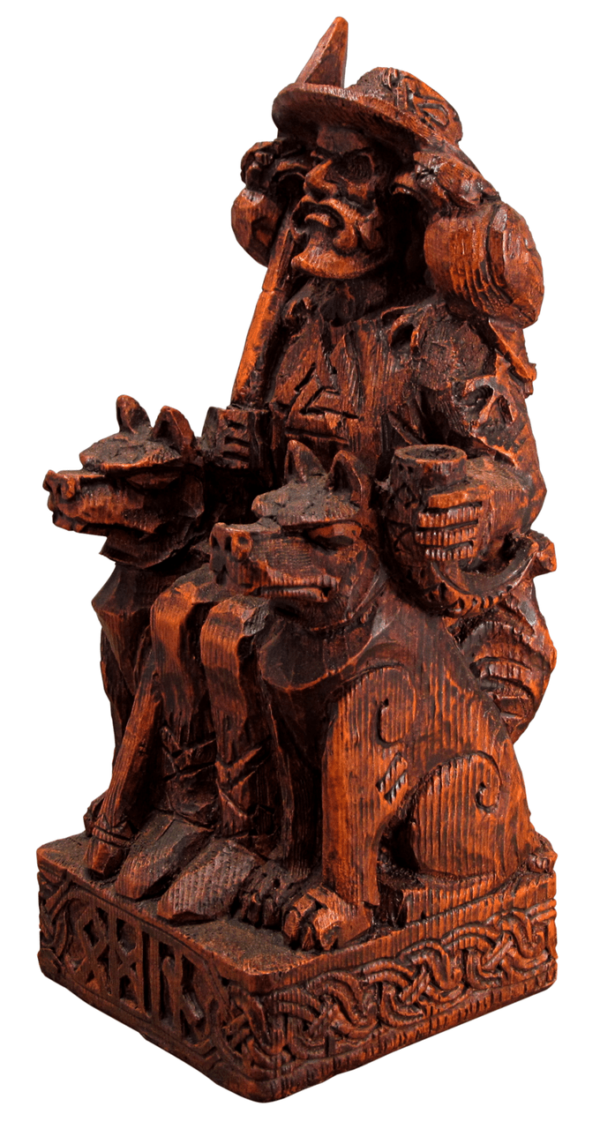 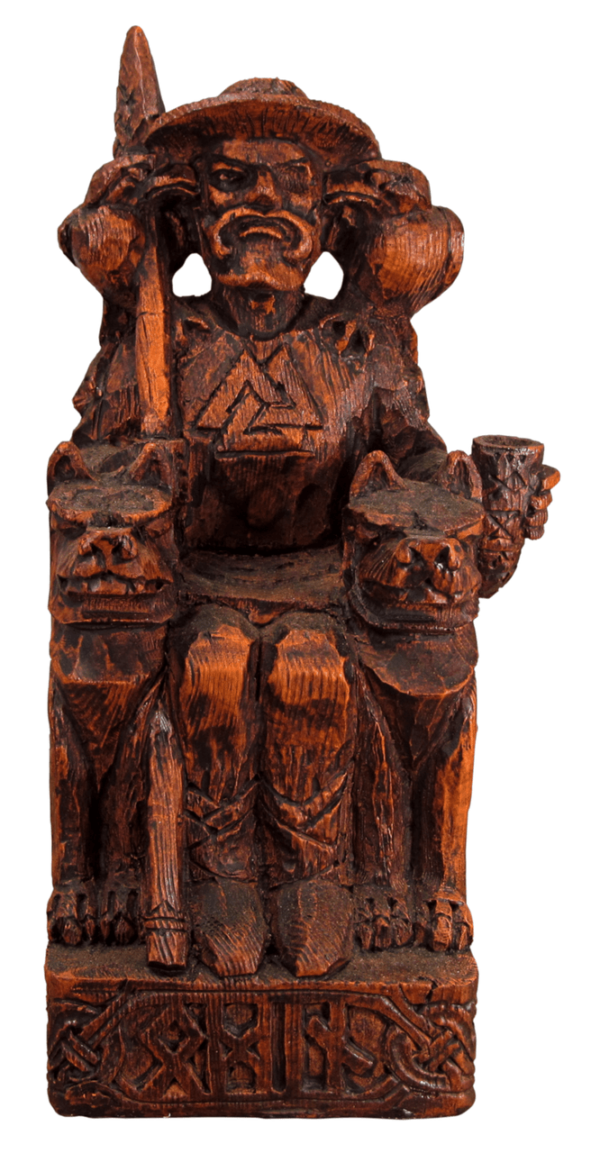 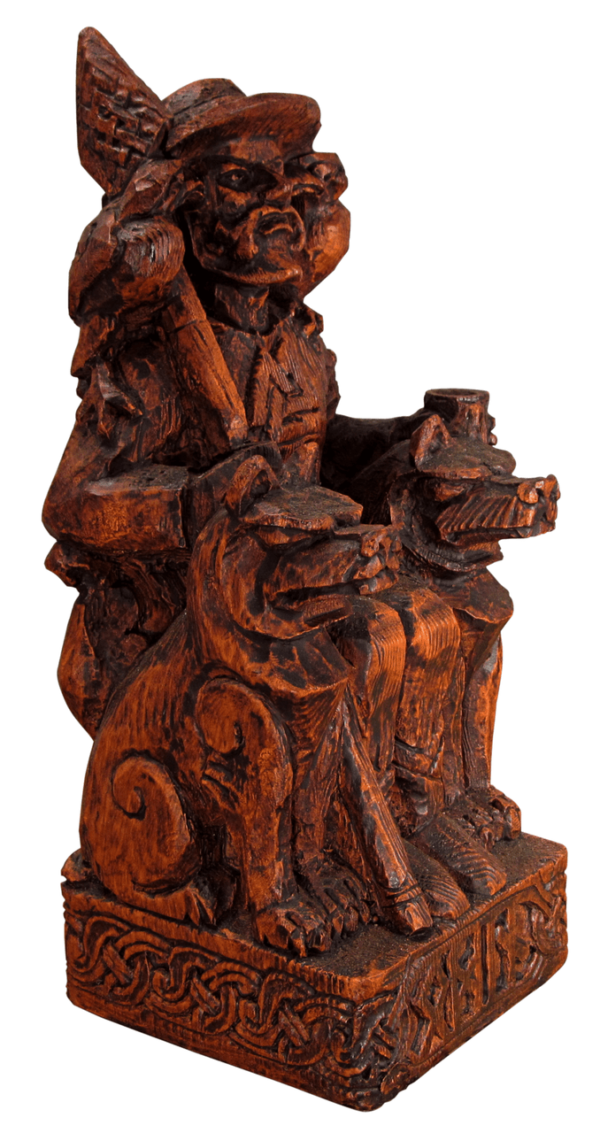 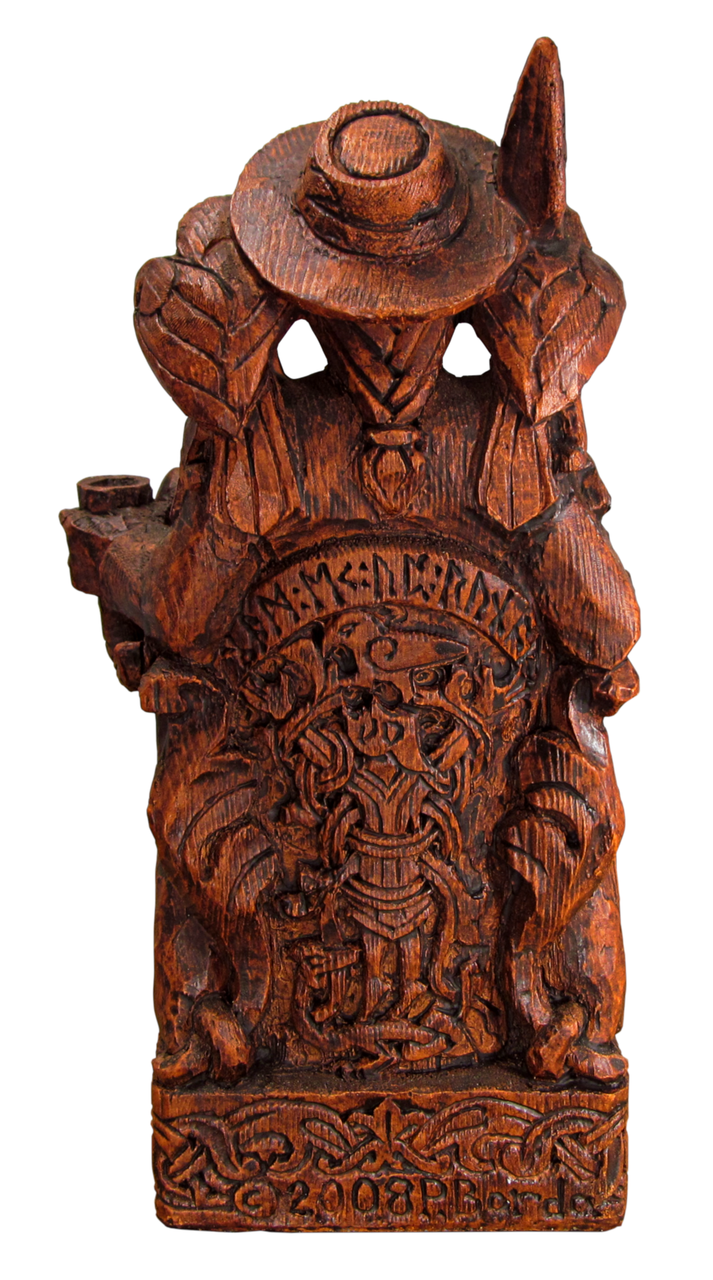 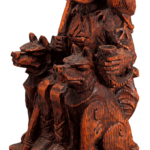 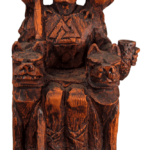 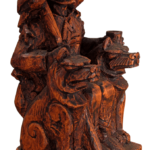 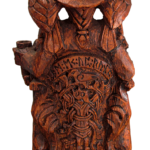 Odin is known as the All Father, the leader of the Norse Gods. He governs War, Death, Poetry, the Arts and Wisdom. He gave one of his eyes to drink of the well of wisdom. His magical spear is named Gungnir. The ravens, named Hugin and Munin, are Thought and Memory. They fly the world during the day returning to tell Odin what they have witnessed. The throne depicts Odin hanging from the World Tree as a sacrifice. The runic inscription from the Havamal reads: “Take I up runes. I took up runes.”

Be the first to review “Seated Odin Statue” Cancel reply