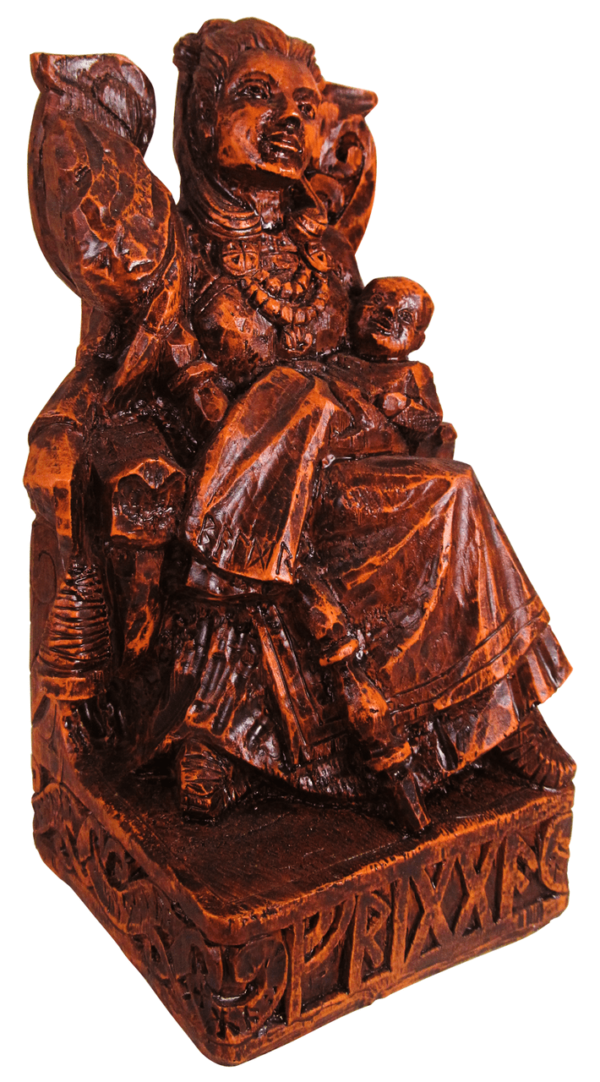 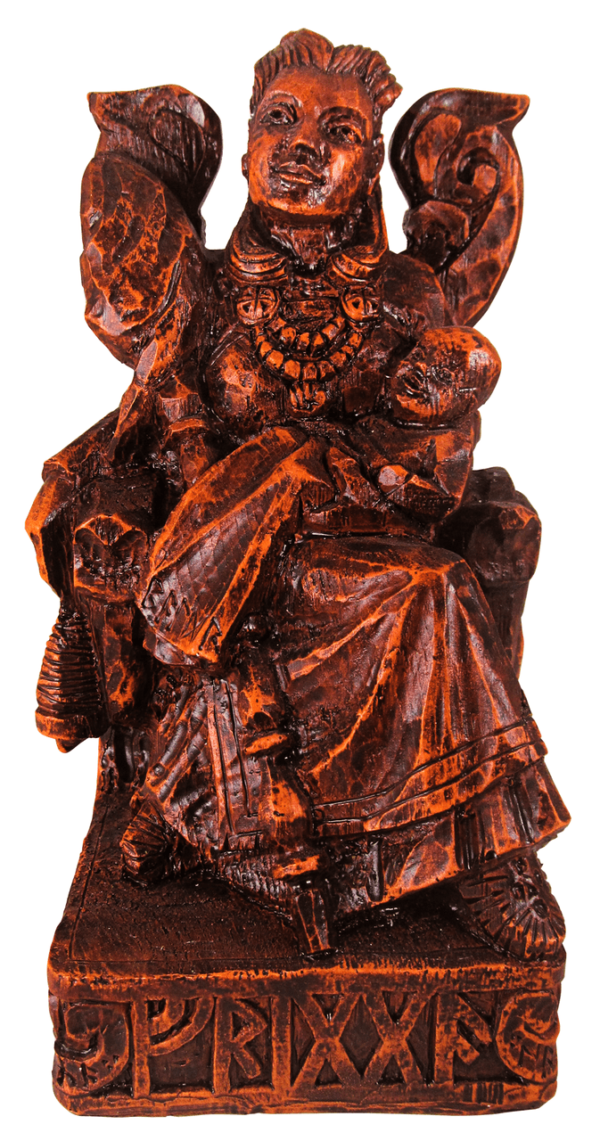 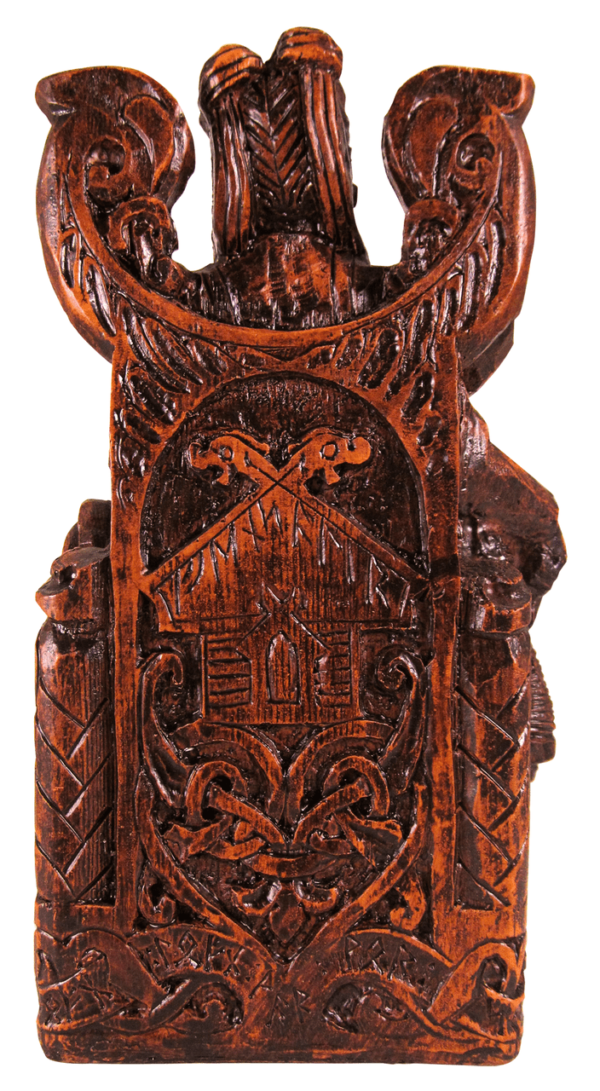 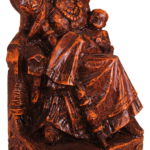 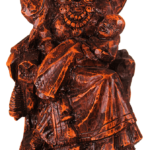 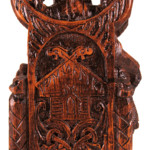 Frigga, Odin’s wife, is the Norse All Mother. She resides in her realm of Fensalir as the Mistress of Home and Family. She is depicted holding her son, Baldur – The Champion of Love, Goodness, Innocence and Forgiveness, who was loved by all and known for his beauty. A true multi-tasker, Frigga excels at maintaining serenity in the midst of the myriad of tasks inherent to Motherhood and Marriage. Herons, spinning, the spindle and distaff, are strongly associated with Frigga. She is a member of the Aesir House of the Gods in the Norse Pantheon – which roughly translates to “from the east.”

Be the first to review “Seated Frigga Statue” Cancel reply