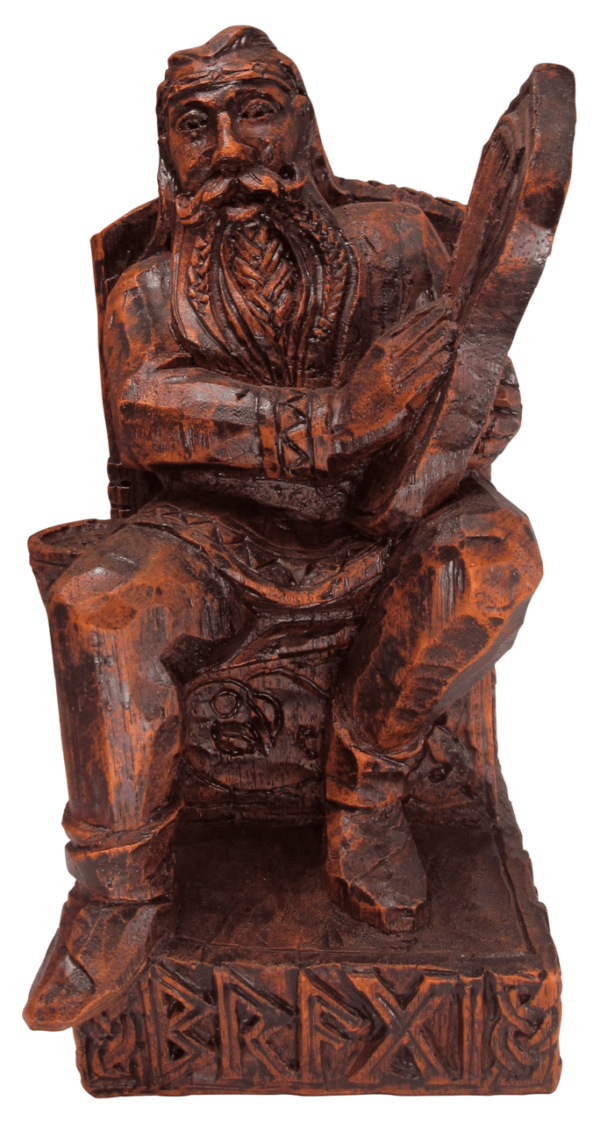 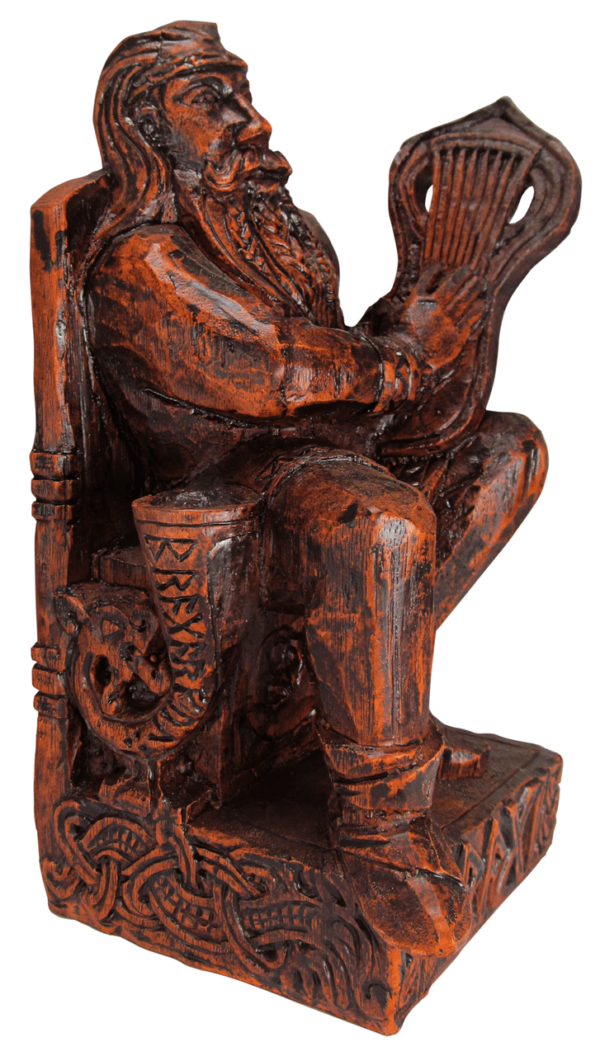 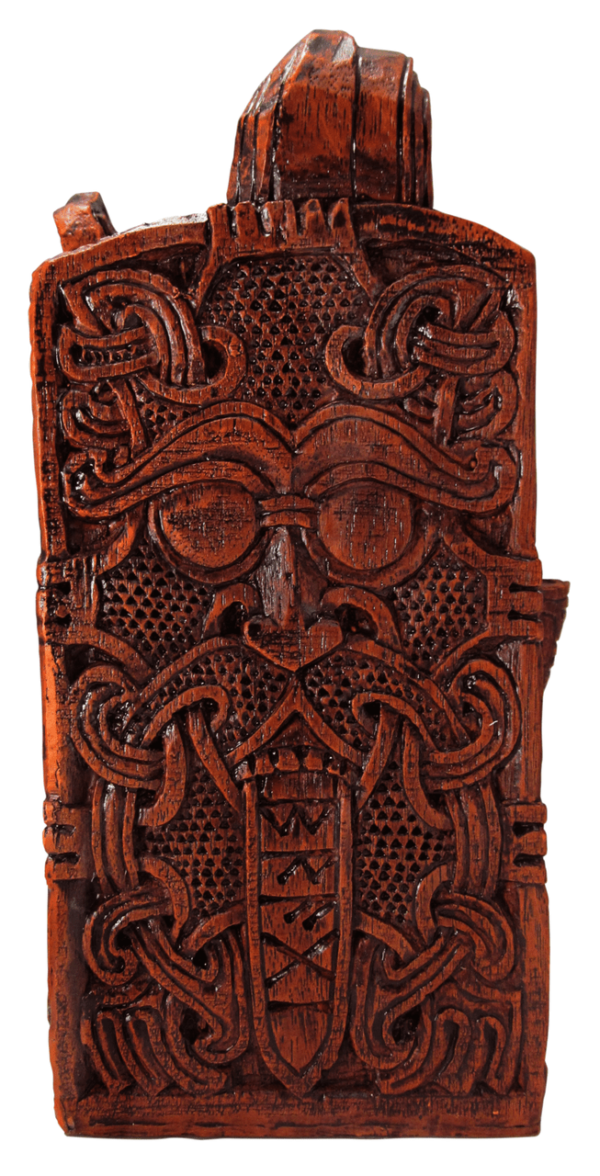 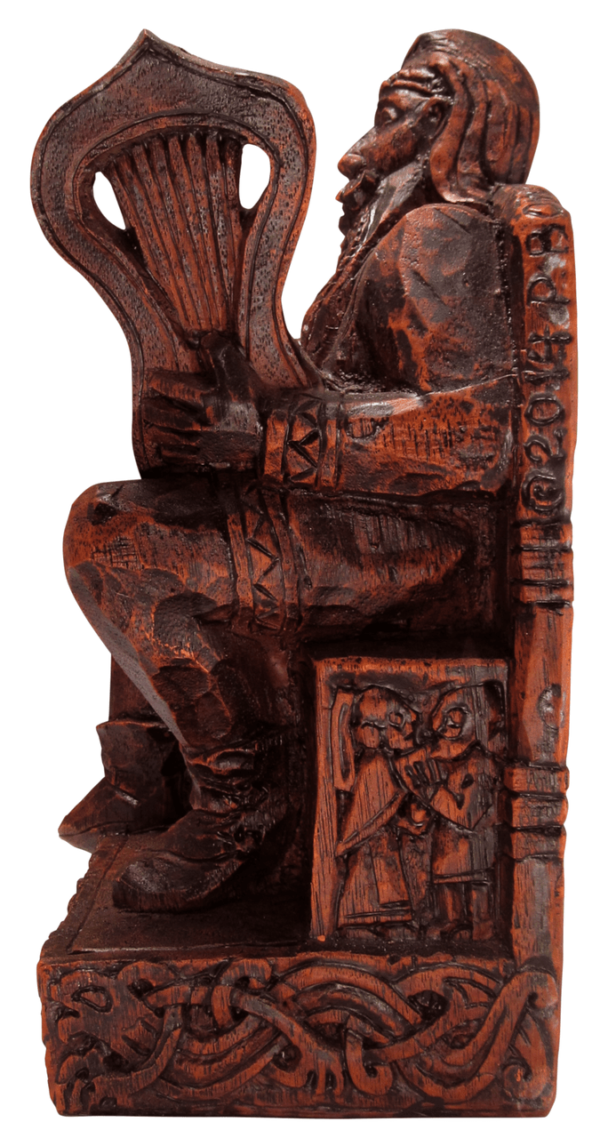 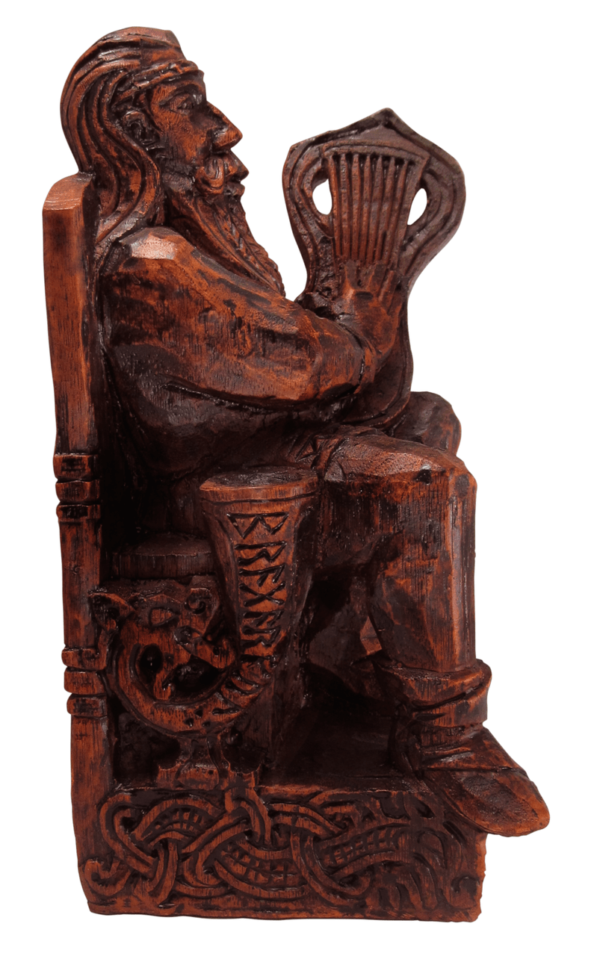 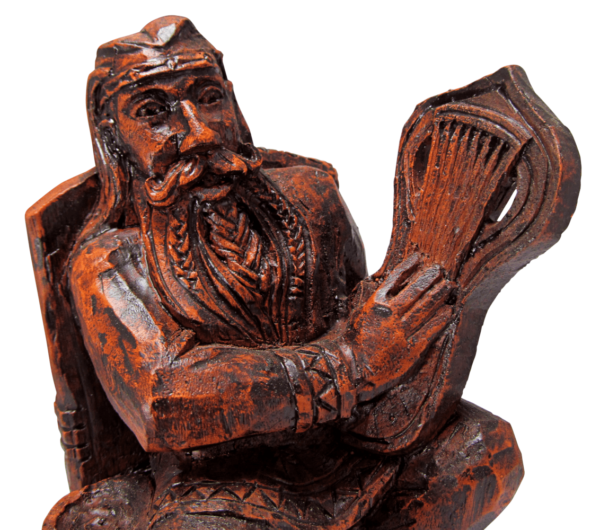 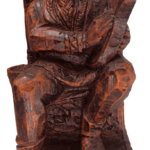 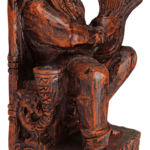 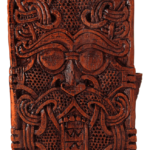 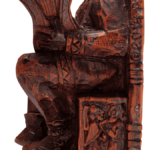 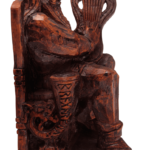 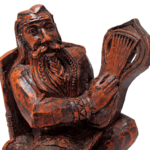 Bragi was the Norse God of Skaldic Poetry, son of Odin and husband to Idunna. He is the “long-bearded God” known for his eloquence and clear speech. He is said to have runes carved on his tongue and that is depicted on the back of the statue with his name “Bragi.” By his side he carries the “Promise Cup” also called “Bragarfull” which is associated with making oaths. The musical instrument he is playing was inspired by a carving around the portal of the Hylestad Stave Church in Setesdal, Norway.

Be the first to review “Seated Bragi Statue” Cancel reply