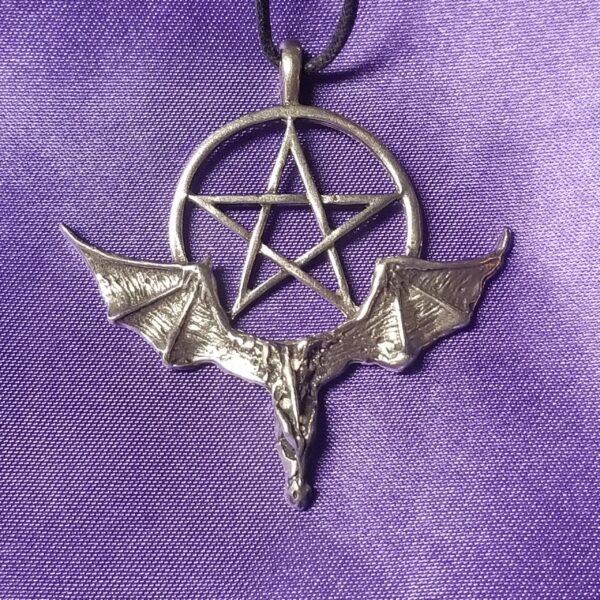 Pentacle of the Dragon Pendant

The Dragon is a symbol of masculine presence in its most intense form. The lore of the dragon shows it to have the same strengths and weaknesses as ordinary men. It loves young women, even keeping them prisoner. It likes to amass more wealth than it needs, even hoarding it in mountain caves. It has a bad temper, and will breathe Fire when angered. It flies to great heights, and loves the sacred and mysterious things of this world. It has a deep sense of spirituality and based on ancient teachings is said to have been first taught in the language of dragons. These teachings are those of the five elements: Earth, Water, Fire, Air, and Spirit. The five elements are combined in the Pentacle, which symbolizes the simple principles that make up our complicated universe. The Dragon knows that it, and the common ant, are equals in a mysterious universe. Both made of the same elements, and both are alive.