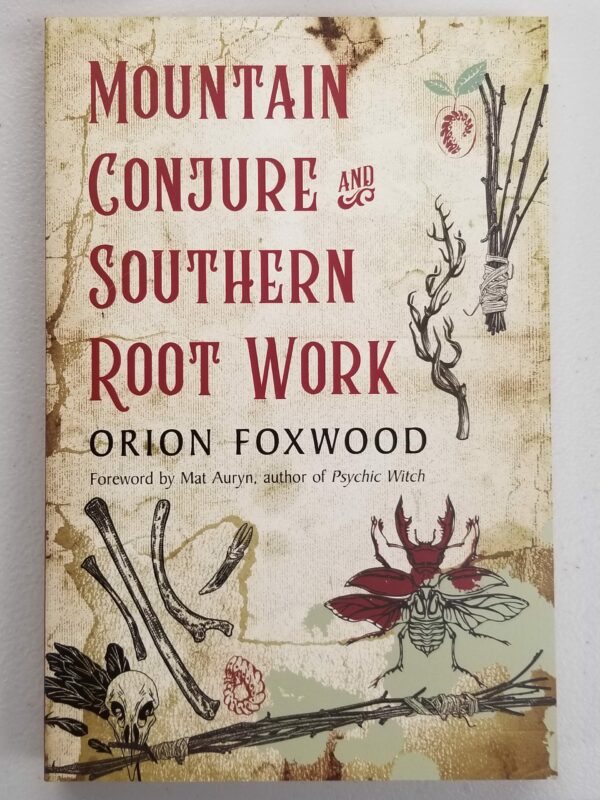 “A truly valuable resource for any magickal practitioner, regardless of their religion or tradition…There’s soundness of spirit, sagacity, and guidance that will benefit anyone who reads meditatively upon Orion’s words here.”—from the foreword by Mat Auryn, author of Psychic Witch

Here is traditional Southern root magic and conjure from someone who learned the old ways firsthand while growing up in rural Appalachia. Orion Foxwood invites you to take a walk through his native Appalachia, from moonlit orchards and bucolic farms to the dark of the crossroads.

From the oral tradition of his ancestors to the voices of the spirits themselves, Foxwood brings readers the secrets of Southern magic. Topics include working by the signs—the ability to synchronize work such as farming, fertility, and orcharding—faith healing, candle magic, root work, prayers, blessings, and curses. Mountain Conjure and Southern Root Work shows how to create magic in today’s world with the old ways and traditions of Appalachia.

ORION FOXWOOD is an elder in the Celtic and Romano Celtic Traditional Craft, a high priest in Alexandrian tradition, and the founding elder of the Foxwood Temple of the Old Religion. He lectures throughout the United States and the United Kingdom. Visit him at orionfoxwood.com.