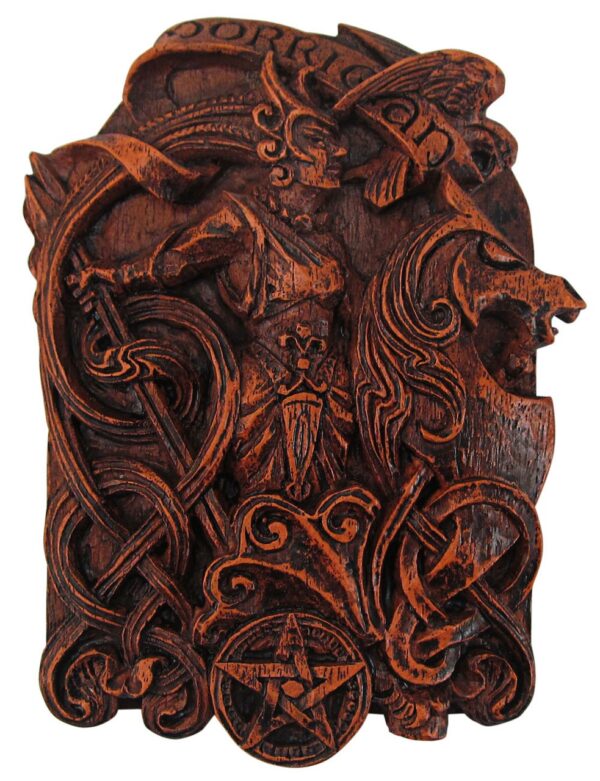 Morrigan, translated as “Phantom Queen,” is an awesome Battle Goddess. Here she is depicted in one of her stories thru the eyes of Cuchulain, who is roused from sleep hearing a great cry and leaps up to defend the cattle. He finds a stunningly beautiful woman all dressed in red with flames on her brow. The woman’s horse has only one leg and the post of her chariot goes straight thru the horse’s body. The horse is being lead by a man with a forked staff. Cuchulain demands the man’s name and Morrigan refuses to tell him, but engages him in a war of riddles. Cuchulain in a fit of frustration rushes upon the woman in the chariot to kill her and she vanishes transforming into a crow cawing into the night. He is dumbfounded to realize he has just attacked the Goddess of War. Morrigan can be called on for passing over rituals, to assist with prevailing in conflict, finding the true self or courage in the face of fear, as a potent force for banishing and in dark moon rites.

Be the first to review “Morrigan Plaque” Cancel reply