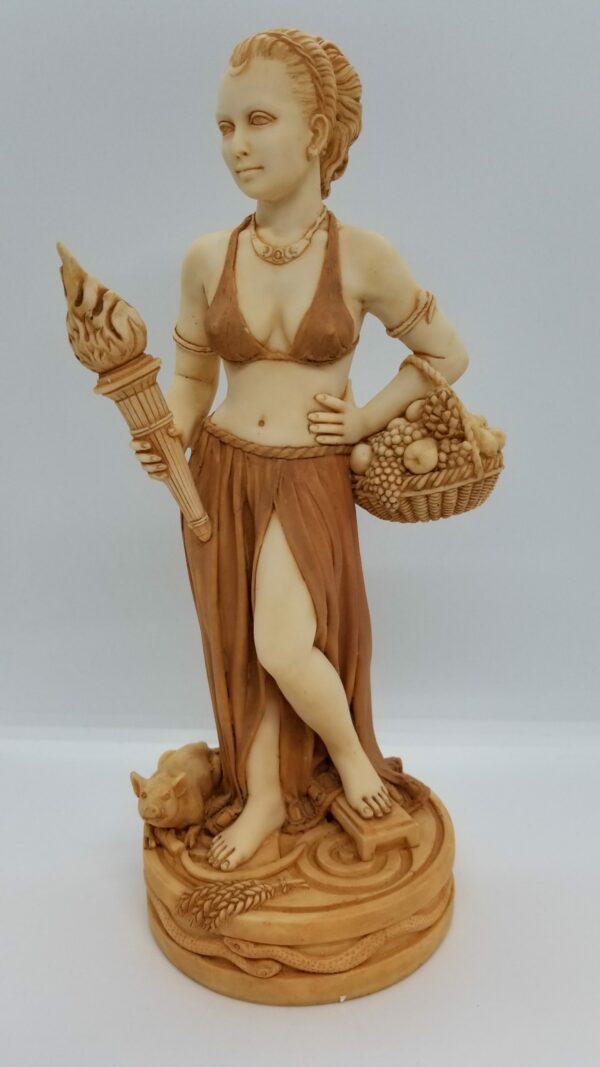 She was a goddess of agriculture and tablets from the 13th century BC title her as “grain mother”, “earth-mother” and “mother-earth”. Aside from Zeus as a consort, she also laid with Iasion on a thrice plowed field and to whom she bore Plutus (wealth). This is the ancient custom of ritual lovemaking to ensure the fertility of the fields that is a common neo-pagan ritual in modern times, usually celebrated on Beltaine (May 1st). The name of Demeter’s son by this union, Plutus can be interpreted as the wealth of an abundant harvest.

Be the first to review “Modern Demeter Statue” Cancel reply