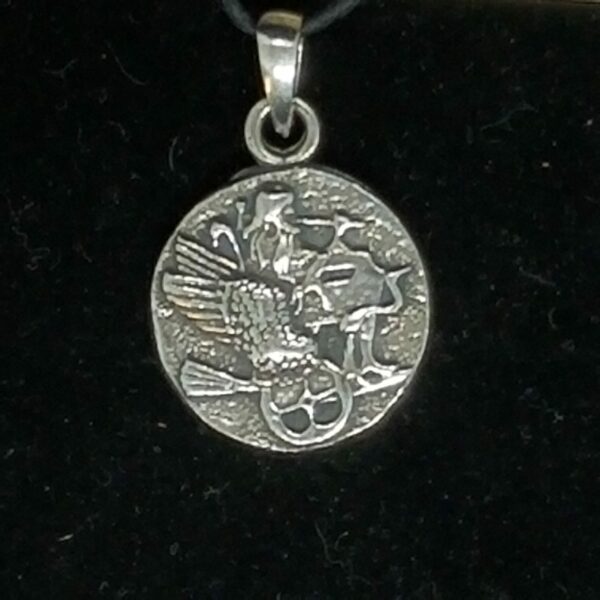 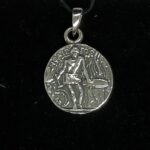 Hephaestus was the Greek god of blacksmiths, artisans, craftsmen, sculptors, metals, metallurgy, fire, and volcanoes. His Roman counterpart was Vulcan. He made all the weapons of the gods in Olympus and served as their blacksmith. His symbols are a smith’s hammer and sandals, the Aegis breastplate, Aphrodite’s famed girdle, Agamemnon’s staff of office, Achilles’ armor, Heracles’ bronze clappers, Helios’ chariot, the shoulder of Pelops and Eros’ bow and arrows. Hephaestus was given the beautiful Aphrodite’s hand in marriage by Zeus to prevent conflict over her between the other gods, but it didn’t really work out too well as she had an affair with Ares. Hephaestus is to the male gods as Athena is to the females, for he gives skill to mortal artists. In fact, almost any finely-wrought metalwork imbued with powers that appears in Greek myth is said to have been forged by Hephaestus.

Be the first to review “Hephaestus Medallion” Cancel reply